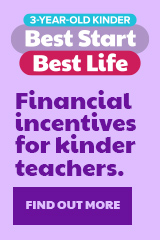 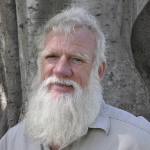 Bruce Pascoe is a Yuin, Bunurong and Tasmanian man who has published widely in both adult and young adult literature. His best known work, Dark Emu, interrogates the assumption that Indigenous Australians were hunter-gatherers and cites evidence of pre-colonial agriculture, engineering and building construction by Aboriginal and Torres Strait Islander peoples. Dark Emu has won numerous awards, including the Children’s Book Council of Australia Eve Pownall Award and the 2016 New South Wales Premier’s Book of the Year Award. In 2018, Bruce received the Australia Council Award for Lifetime Achievement in Literature.

Bruce lives on his farm in East Gippsland, Victoria, which is home to his latest project, Black Duck Foods, an Indigenous social enterprise committed to traditional food growing processes that care for Country and return economic benefits directly to Indigenous people. His research has also inspired several projects at the University of Sydney, such as Indigenous Grasslands for Grain, which works with Aboriginal people to bring the native grain production system to modern agroecosystems and foods.

Dr Miriam-Rose Ungunmerr Baumann AM is an Aboriginal elder from Nauiyu in the Northern Territory and a renowned artist, activist, writer and public speaker.

In 1975, Miriam-Rose became the Territory’s first fully qualified Aboriginal teacher. As an art consultant for the Department of Education, she visited schools through the Top End, advocating for the inclusion of visual art as part of every child’s education.

Miriam-Rose later became the principal of the Catholic school in her home community before being appointed to the federal government’s advisory body, the National Indigenous Council. ln 2013, she established the Miriam Rose Foundation to bridge the divide between Aboriginal culture and mainstream society, and drive reconciliation at a grassroots level.

Through her professional and creative life, Miriam-Rose has remained dedicated to maintaining the cultural independence of her people and being a spokesperson for the Aboriginal worldview. ln recognition of her leadership, she was honoured as a Member of the Order of Australia in 1998 and awarded an honorary PhD in Education from Charles Darwin University in 2002. 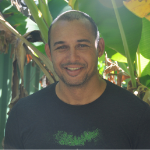 Thomas Mayor is a Torres Strait Islander, a tireless advocate for the proposals in the Uluru Statement from the Heart and the author of two bestselling books. The first, Finding the Heart of the Nation, tells Thomas’s story, the story of the Uluru Statement and the stories of the remarkable people he met on his campaigning journey, while Finding Our Heart is the children’s version. His next two books are due to be published in September 2021: the children’s book Freedom Day: Vincent Lingiari and the Wave Hill Walk-Off; and Dear Son: Letters and Reflections From First Nations Fathers and Sons. Thomas lives on Larrakia Country in Darwin and is the father of five children. He is a wharfie by trade and an official with the Maritime Union of Australia. 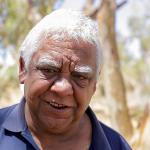 William Tilmouth is an Arrernte man who was born in Alice Springs and a member of the Stolen Generations. As a child, William was taken to Croker Island where he lived and attended school with the many other children sent there as a result of government policy of that era. In 1967, he was moved off the mission to Darwin before returning to Alice Springs in 1969. He attended the Aboriginal Community College in Adelaide in 1974 and, after working in many jobs in South Australia, returned home to Alice Springs again in 1980.

William has worked in various government and Aboriginal organisations. He held the elected office of Central Australian Regional Chair in the former Aboriginal and Torres Strait Islander Commission in the 1980s, and from 1988 to 2010, he was the Executive Director of Tangentyere Council, which represents residents of Alice Springs Town Camps. William believes Aboriginal children, families and communities should have every opportunity to be empowered, and to own and control the decisions that affect them.

Jane Vadiveloo is the founding CEO of Children’s Ground. She has a Master of Forensic Psychology and 20 years’ experience in leading reform and service provision with communities experiencing extreme disadvantage and trauma. She has worked to achieve long-term change for high-risk children, families and communities by establishing strength and justice-based approaches.

Jane has lived in the NT for 19 years and has built connections with Arrernte people in Central Australia for over 30 years. In 2000, she and a group of Arrente Elders founded Akeyulerre Healing Centre, one of the first organisations based on First Nations knowledge systems in traditional healing and wellbeing.

Jane has worked with William Tilmouth, the founding Chair of Children’s Ground, for 15 years. They created the organisation as a 25-year approach to ensure that future generations of children would be afforded equity, access and justice to determine their futures through quality education and healthcare, as well as social and economic opportunities that privilege their first culture within a global context. She has consulted to Virgin Unite and the NT and federal governments as well as Aboriginal organisations in the Territory, and was added to the Australian Financial Review’s ‘100 Women of Influence’ list in 2014. 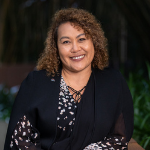 Karen Mundine is from the Bundjalung Nation of northern NSW and the CEO of Reconciliation Australia. She leads the organisation’s vision to create a more just, equitable and reconciled Australia through key programs and initiatives such as Reconciliation Action Plans, Narragunnawali: Reconciliation in Education, and National Reconciliation Week. She has more than 20 years’ experience in leading community engagement, public advocacy, communications and social marketing campaigns. During her career, she has been instrumental in some of Australia’s watershed national events: the Apology to the Stolen Generations: the Centenary of Federation commemorations; Corroboree 2000; and the 1997 Australian Reconciliation Convention. 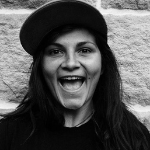 Zoe Cassim is a Bundjalung woman from northern New South Wales. She received her bachelor’s degree in secondary education from the University of Sydney while working for the Australian Indigenous Mentoring Experience. Given her passion for working with Aboriginal and Torres Strait Islander communities, Zoe later began working for the National Centre of Indigenous Excellence, first co-designing and facilitating workshops in health and wellbeing and later using technologies such as robotics and 3D printers to support the teaching of local Aboriginal sciences and histories in Redfern and remote communities around the country. Zoe now works in Reconciliation Australia’s Narragunnawali team. 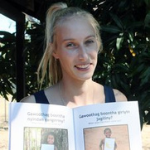 Stephanie Woerde has a background in community development. She is a big believer in the link between early years educational development and wider community development. Stephanie joined Reconciliation Australia’s Narragunnawali team in 2016, following her experience of co-establishing the Miriwoong Language Nest program—a culturally responsive education initiative centred on First Language immersion; now delivered to more than 400 children in Kununurra, WA. Stephanie continues to be a strong advocate for acknowledging the ongoing significance of Aboriginal and Torres Strait Islander histories, cultures and contributions, and working towards a brighter future for reconciliation in education, and across Australia. 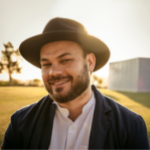 Travis De Vries is a performer, producer and award-winning visual artist. Currently, he hosts and produces the podcasts Broriginals and Fear of a Blak Planet. He is also the founder and director of digital content collective Awesome Black. Travis is of Gamilaroi, Darug and Dutch descent.

As an artist and performer, Travis has held solo exhibitions and performed on stage across Australia and internationally. He has also created bespoke community programs for Indigenous performers through the Sydney Opera House.

In 2018, Travis was the Create NSW Aboriginal Arts Fellow and completed a research residency with the Australian Museum, focusing on Aboriginal artefacts and rare book collections to create a new large-scale exhibition for 2019. 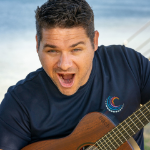 Lucas Proudfoot is a multi-platform storyteller, who uses his music, books, live performances and TV appearances to share stories, inspire and educate as many children across the nation as possible. Playing guitar, didgeridoo and stomp box, he has cemented himself as one of the nation’s most versatile children’s performers. Lucas has been touring the country with his cultural show, Circular Rhythm, for over 10 years, delivering an entertaining and contemporary Indigenous Australian music experience for over 120,000 children each year. His imaginative and engaging storytelling, through books and music, delivers powerful messages on a range of topics and has already captured the hearts of many across Australia. 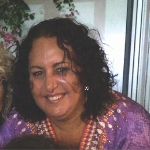 Joanne Goodwin is a descendant of the Wonnarua and Kamilaroi peoples in NSW. She is committed to progressing reconciliation and to exploring the practice of cultural competence in the early childhood sector. Joanne has an extensive background in early childhood and social inclusion, having worked in a variety of programs and communities nationally. Currently, she is rolling out Newpin (New Parent and Infant Network) sites across Queensland, under the Queensland Government’s Social Benefit Bonds Pilot Program. 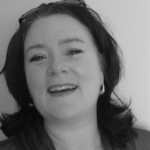 Catharine Hydon is the Director and Principal Consultant at Hydon Consulting. She has a master’s degree in early childhood education and extensive experience in the sector. She began her career as a kindergarten teacher and went on to lead a range of services and projects for children and their families. Catharine draws on her experience and ongoing practice research to consider how theory connects and informs practice. Her focus is on early childhood practice, pedagogy, quality improvement, policy and governance, and delivery of integrated services to vulnerable children and families.

Catharine is a long-time member of ECA. She regularly contributes to ECA publications and has just completed 7 years as the Co-chair of ECA’s Reconciliation Advisory Group. Catharine is also a Board Member of the Victorian Curriculum Assessment Authority and a second-tier reviewer for ACECQA.

To register for the Reconciliation Connect, please click the button below.