Saying hello in Indigenous languages is a small but significant act of reconciliation. This video and language poster were inspired by the State Library of Queensland’s Say G’day in an Indigenous language article and the 2019 U.N. Year of Indigenous Languages. The resources are designed to inspire others, including early childhood educators, to learn greeting words in first languages.  Embedding language greetings into everyday practice could be an action for your early learning service’s Reconciliation Action Plan.

In the video, individuals across the country share how to greet others in 7 different Indigenous Australian languages. Featuring first language speakers as well as people who have connected with community to learn language, viewers will learn the names and geographic locations of different lands and greeting words from adults and children. The language poster can be printed and displayed, or edited to add the greeting words of the land that you are on. 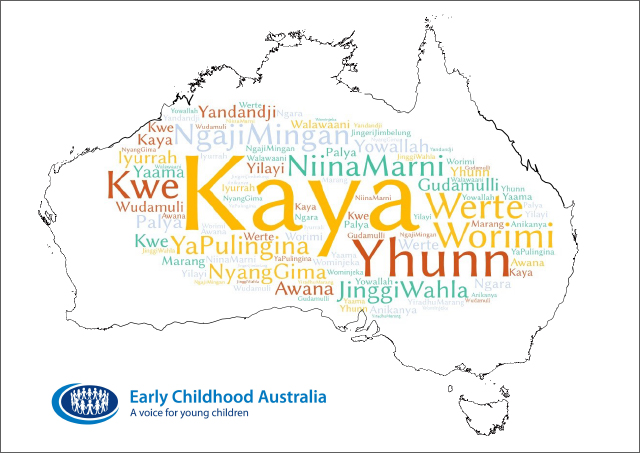 Resources to assist learning how to say hello in Indigenous Languages